And the winner is Pax

I have finally made up my mind. I have picked the winner in the battle for the best devices to implement semi-integrated payment processing.

This has nothing to do with the fact that I worked for Pax. In fact, I have publically criticized Pax on several occasions in the past.

I say this unequivocally and with no reservation, or biased and only based on spending hundreds of hours of development, study, and integration with various semi-integrated pinpad brands.

It was June of the last year when I wrote about “device options for Semi-Integrated Payment Systems,” In that article, I discussed Dejavoo, Ingenico, Verifone, and Pax solutions.

Since then, I have done several other integrations involving these devices and a few new ones. Many new players are entering this arena all the time.

I have been in this industry for a long time, and it comes to me as no surprise when a new device maker reaches out to me to integrate to their device. Whenever I’ve had a chance like that, I appreciated the opportunity, and I’ve never said no to a new experiment.

I’ll not divulge the names of the new devices and solutions, but if you want to know them, you can always contact me.

Here I share with you my reasons for choosing Pax as the best device to develop sem-integrated payment solutions.

Undoubtedly, Pax has the best line of products when it comes to pinpads and credit card terminals.

Legacy devices such as S300, S500, Q30, etc., are all very reliable devices. As long as your integration works, you can rest assured that your device will always work, and it’s always consistent!

Pax Smart Android terminals, such as A80, A60 (my favorite), A920, E series, and Aries, are simply a combination of good design regarding functioning, aesthetics, and user’s experience.

In fact, with Pax Smart Devices, everybody has a device to develop solutions for pay-at-table, delivery, mobile payments, unattended, and many other scenarios.

Pax E-series is simply a total solution for POS. All you need is an Android app, and you have a product.

Pax did not get where it’s today easily. We all remember the old Pax Broadpos. BroadPOS was Pax Terminal Management System. With all of its flaws and issues, BroadPOS was still easy to figure out and relatively powerful to manage your devices, apps, and merchants.

BroadPOS evolved into PaxStore, and in almost three years, it has become the best terminal management system around.

I was working at Pax when PaxStore was in its infancy. I conducted numerous training sessions and worked with many ISO and ISVs.

The full rollout of PaxStore, I found to be the most impressive part.

Transitioning from the old BroadPOS to the new PaxStore, was near-seamless, as long as the specific parameters, which were not anything unusual, were set correctly.

In PaxStore, you can manage all your terminals, including legacy terminals and your Smart Android devices.

PaxStore is still evolving, and every time I check that it has a new feature.

I have been working with Pax POSLink almost since its inception. It has come a long way and has specific versions for Java and iOS.

POSLink provided a quick way for developers to build a Semi-Integrated payment solution in a matter of days (or even hours).

Download the latest version of POSLink, get the documentation, and off you go!
POSLink supports a few methods to communicate with your device (TCP, HTTPS, HTTP, USB), which means more options for you as a developer.

The only downside to POSLink is that you may need to update your software for each new release, but that’s not always the case.

I have built and also worked with several solutions to address the POSLink new release issue.

Aside from POSLink, you always have the option to go with third-party solutions such as Sound Payments, BridgePay, Pi, eConduit, and others and take your Pax to the cloud and supercharge your integration.

Again, this is an area where Pax has done a fantastic job.

When you choose a device for semi-integration, you want to make sure that you can support as many processors as possible.

Pax has hundreds of semi-integrated apps to support almost every processor, gateway, and industry.

From restaurant payment apps to retail and hotels to unattended, you can find a payment app for it in PaxStore.

Pax support is also the best you can get. Every time I needed an answer, I have been able to get it from the Pax support team. The fact that you can call and a real person answers your call is a very high standard these days!

In some cases, my support needed escalation, and it was always correctly escalated, and in the end, I received an answer.

All in all, Pax has been growing not just in numbers and quantity but also in quality. For the most part, Pax owes its tremendous success to its team.

Pax founders realized early on that to be successful, you will have to get the best of the industry, and that’s why many great professionals and experts of the payment and payment devices are now working for Pax, and they helped build it to be the great company that it’s today.

During my days at Pax, I had the privilege of working with some giants of this field.

While other device providers, being of the old oligarch, or the startups, struggle, and sometimes ignore, to understand the actual needs of their customers, Pax has built an excellent platform, and it has put the customer at the center of its attention.

Pax must not forget what it’s good at and stay with it. If Pax ever tries to become the Google of payment device makers or venture to outside areas where Pax has no expertise or business, such as Payroll and eCommerce, it will lose what it has gained with hard work and perseverance. 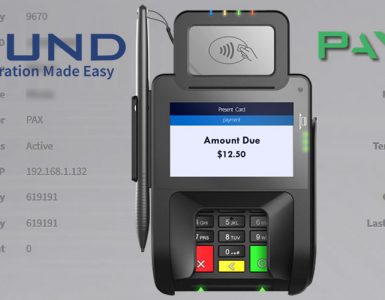